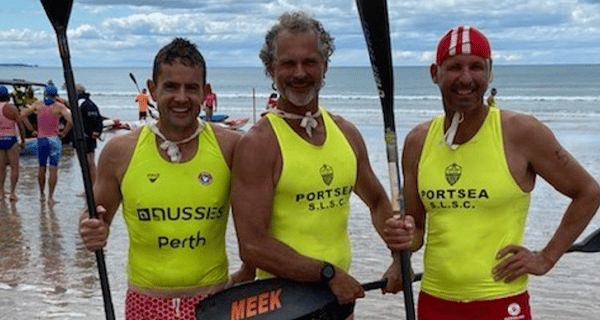 Victorians urged to prioritise health and do life-saving test today

This decline was even greater in the 50-74 age group, potentially owing to factors including people putting off completing the free at-home bowel screening test, delayed presentation with symptoms to a GP and/or colonoscopy services due to the COVID-19 pandemic.

The data also found that for those aged 50-74, the decline in diagnoses was greater among females (23.2%) compared to males (15.9%). The difference could reflect women’s experience of the pandemic, with additional caring responsibilities meaning less time to take care of their health.

And for the same age group, regional areas experienced less of a decline than metro, potentially as a result of fewer lockdowns and restrictions to health care services in regional Victoria compared to Melbourne.
CEO of Cancer Council Victoria, Todd Harper, said the decline in bowel cancer cases being detected was concerning and could lead to more lives lost in the future.

“While many Victorians may be worried about the immediate COVID-19 threat, even in a pandemic it’s important for people to prioritise their health.”

“If you’re aged 50-74 and put off screening last year or have recently received a test in the mail from the National Bowel Cancer Screening Program, now is the time to prioritise your health and complete your free bowel screening test. Screening every two years can help to prevent bowel cancer and to detect cancer in its early stages, which means more effective treatment.”

“If you still have your test from last year, it’s not too late. Check the expiry, do the test and tick it off your to-do list today. It’s also easy to order a replacement test kit by going to bowelcancer.org.au.”

“Today’s campaign is a timely reminder to do the test and if you have symptoms, see your GP. Finding cancer early could save your life,” Mr Harper said.

“Bowel cancer is our second biggest cancer killer, taking around 100 Australian lives each week. Yet, if more people completed the at-home bowel screening test every two years, many of these lives could be saved.”

Minister for Health, The Hon. Martin Foley, said the Victorian Government was pleased to partner with Cancer Council Victoria on the awareness campaign as part of a wider strategy to help Victorians get back on track with cancer screening.

“Our investment of $91 million over four years will help Victorians catch up on deferred care, including cancer screening for those who may have missed or delayed services during the COVID-19 pandemic.”

The mass media campaign will run over six weeks until mid-October. Tailored materials for Greek, Italian, Arabic, Mandarin and Cantonese-speaking Victorians have also been developed to address low screening rates within these communities.

For more information about the bowel screening campaign visit bowelcancer.org.au.

When David Flockhart’s first bowel cancer screening kit came in the mail when he turned 50, he did the test without hesitation.

“The test was very easy to do and I sent it back as soon as I could. I was pleased to do the test as I recognised its importance,” he said.

The results came back as negative.

However, at 54 when he did another test David received notification that his results had come back positive.

He had a colonoscopy in February 2020 where he had 14 polyps removed and a growth was discovered. He then underwent a CT scan.

Less than a week later, David was told he had stage three bowel cancer.

“I was very shocked, scared and upset by the diagnosis. I was worried about how having a serious illness would impact my wife and my boys. I was also worried about my business and the financial challenges for the family,” Mr Flockhart said.

“The main impact during last year’s lockdowns was the difficulty of not seeing family and friends over the long six months during chemotherapy.”

Now 55, David wants to encourage others to do the bowel screening test and not put it off or forget about it.

“Bowel screening is important as you may not have symptoms – you may feel completely fit and healthy like I did,” he said.

“Bowel cancer is a serious disease, but a very high percentage of people recover as long as the cancer is discovered early. The bowel screening test looks for these early signs of bowel cancer, this simple test could save your life.”

“If I had waited another year to do the bowel screening test, my stage three cancer would have likely progressed to a more challenging scenario – my story could have been very different.”

A year on from his operation and treatment, David said he feels “fantastic”. He is working full time and training hard in his kayak for the Australian Ocean Ski Racing Series.